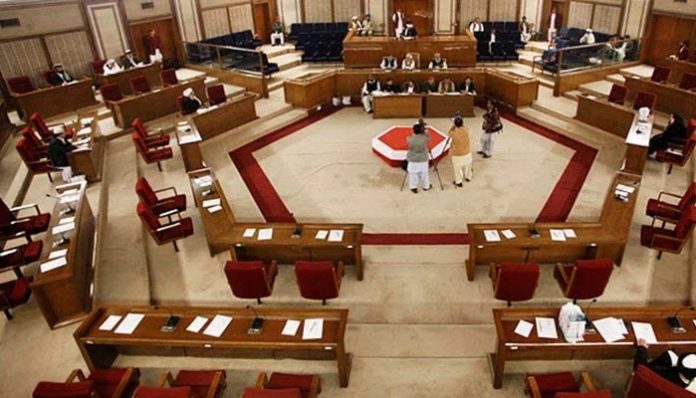 QUETTA— The Balochistan government on Tuesday unveiled a deficit budget worth Rs612.7 billion with a deficit of Rs72.8 billion for the upcoming fiscal year of 2022-23.

With the ink still not dry on the budgetary figures, which were approved at the penultimate moment before being presented in the house, the penned figures showed that the government expected receipts worth Rs528.6 billion this year.

Development funds
The provincial government has set aside Rs191.2 billion for development projects.

The lion’s share of the development funds have been allocated for 3,367 ongoing projects, around Rs133 billion.

As much as Rs59 billion has been allocated for 3,470 new projects.

The government expects to get around Rs39.64 billion from the center for federally funded projects which fall outside of the regular Public Sector Development Program (PSDP).

Among the current, non-development expenditures, the provincial government has set aside Rs83.211 billion – by far the largest chunk – for Education Affairs and Services. This is up from the Rs70.263 billion the government has spent on the sector so far this year, having allocated Rs71.904 billion in the outgoing year.

It was followed by general public service expenditures, for which the government set aside Rs67.309 billion. This is up from the Rs58.980 billion the government has spent on the sector so far this year, having allocated Rs68.567 billion in the outgoing year.

The government also set aside Rs56.022 billion for public order and safety affairs. This allocation has seen a modest rise from the outgoing fiscal year where the government had allocated Rs52.789 billion and has so far miserly spent just Rs49.778 billion.

It allocated Rs56.376 billion for Economic Affairs in the upcoming fiscal year. This is up from Rs52.484 billion it allocated last year – of which it has so far spent Rs51.487 billion.

For health, the government has allocated Rs43.814 billion for the incoming fiscal year. This is up from the Rs38.531 billion it had allocated last year but has ended up spending Rs40.362 billion.

A further Rs3.660 billion have been allocated for the recreational, culture and religion department. This is down from the Rs3.719 billion it had allocated last year and had ended up spending Rs3.966 billion so far in the outgoing fiscal year.

Another Rs5.265 billion have been allocated in the upcoming fiscal year to repay debts of the province. This is slightly up from the Rs4.664 billion allocated and Rs5.014 billion spent so far on retiring debt.

Even though the Khetran said that the province is facing climate change challenges and is suffering from drought, the government cut the budget for the environmental protection from Rs0.538 billion allocated last year – of which it has so far spent Rs0.444 billion – to just Rs0.490 billion.

For communication – development of roads and highways – the provincial government was allocating Rs62 billion.

For agriculture, he said that the provincial government was allocating Rs21.75 billion.

Jobs & salaries
Khetran said that the province, like other parts of the country, is facing a youth bulge.

Noting that it was important to engage the youth in “positive” and constructive activities, and keep them away from destructive influences, he said that they will be focusing on skill development of the youth to get them gainful employment.

The provincial finance minister announced that the provincial government will seek to create 2,857 new jobs in the upcoming fiscal year.