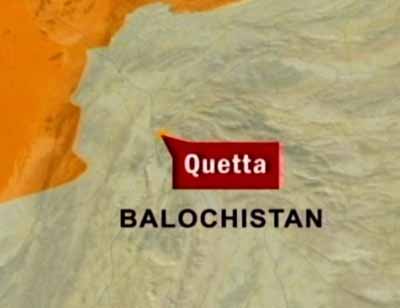 QUETTA: At least 25 people were martyred and more than 30 injured in a suicide blast near a polling station on eastern bypass in Quetta Wednesday.
According to media reports, a police patrolling in the area for maintaining law and order during elections was targeted in the blast.
Rescue officials shifted the injured persons to Civil Hospital where several of the injured were stated to be in critical condition.
The reports added that those who embraced martyrdom in the blast included three policemen and two children.
Following the incident, security forces and bomb disposal squad rushed to the area and kicked off investigations and cordoning off the site of the blast.
Commenting on the incident, a spokesperson for the provincial police said that the suicide bomber wanted to enter the polling stations; however, he detonated himself when FC personnel stopped him.