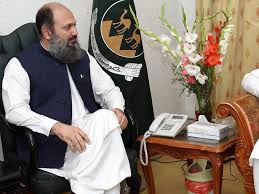 The Balochistan government has announced that it will introduce a health card scheme in the province. During a session of the provincial assembly led by Deputy Speaker Babar Musakhel on Tuesday, Chief Minister Jam Kamal said that over 1,200 patients in the province have benefitted from the endowment fund.

“We are starting a health card scheme like the one in Punjab and Khyber Pakhtunkhwa as well,” he said. “Construction of the Cancer Child Hospital has begun and will be completed by next year.”

He pointed out that people with lower incomes face a lot of health-related problems. The government has, therefore, decided to double the amount of the province’s endowment fund in the upcoming budget.