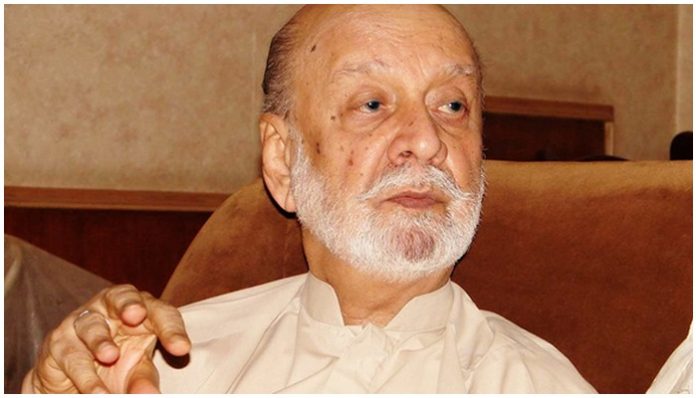 QUETTA: Balochistan’s former chief minister Sardar Attaullah Mengal passed away on Thursday after a protracted illness. He was 92. The Balochistan National Party-Mengal (BNP-M) confirmed the demise of its chairman.

Mengal breathed his last at a private hospital in Karachi, where he was under treatment. His funeral prayer and burial will take place on Friday in Wadh, a small town of Balochistan.

Born in 1929, Mengal spent his childhood in Balochistan’s Lasbela and later moved to Karachi. He was declared the chief (sardar) of Mengal tribe in 1954. Mengal was introduced to politics by Mir Ghaus Bakhsh Bizenjo, a founding member of the National Awami Party (NAP) – who also briefly served as the governor of Balochistan in 1972-73.

In 1962, Mengal was elected to West Pakistan’s provincial assembly. Balochistan CM Jam Kamal expressed sorrow over the demise of the veteran Baloch leader and offered condolences to the bereaved family.