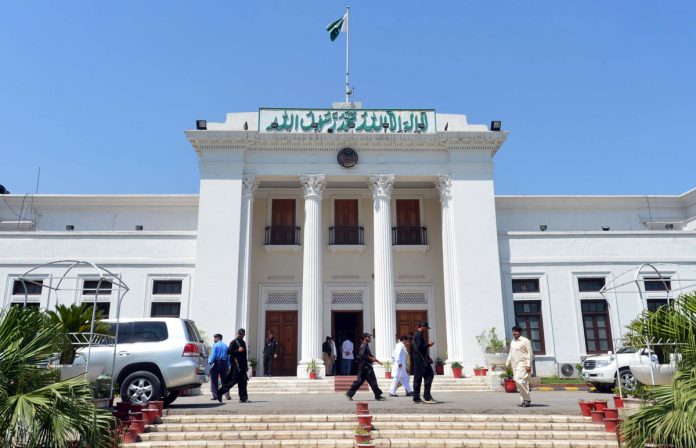 PESHAWAR: Khyber Pakhtunkhwa Assembly Speaker Mushtaq Ghani has on Friday imposed ban on holding ceremonies in the provincial assembly without permission.
According to a notification, Speaker Mushtaq Ghani expressed concerns over ceremonies of Nongovernmental Organizations (NGOs), autonomous and semi autonomous institutions in the assembly.
He imposed ban on holding ceremonies in the Assembly without permission and issued an official notification in this connection.
The notification read that the ceremonies affect the routine of the Assembly Secretariat and occupy its staff.