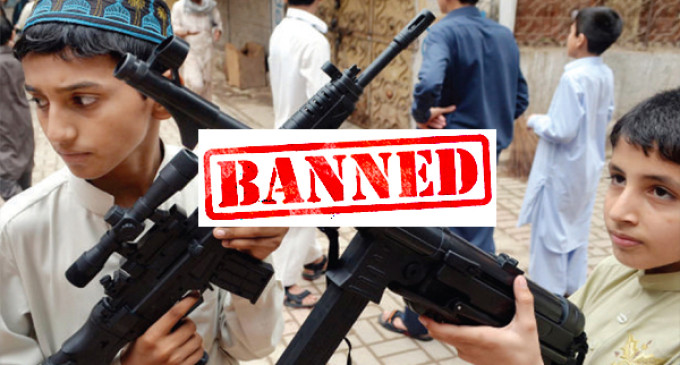 PESHAWAR: In wake of forthcoming religious Islamic festival of Eidul fitr, Commissioner Peshawar Division has again put a ban on the sale and purchase of toy guns and on firing in the air to discourage gun culture and maintain law and order situation.

Since the sale of toy guns increases its peak on the occasion of eid, because parents buy their children toy guns as an Eid gift, therefore a ban is imposed every year during the month of fasting. The toy guns, besides creating provocations and negative effects on children, also causes injuries to children and damage to public property.

Commissioner directed deputy commissioners to take measures for maintaining law and order and to avoid any untoward incident. He said that strict action would be taken against the violators of the ban.

The KP government has every year put ban on gun-like toys to in order to avoid its negative effects on the behavior of the children.