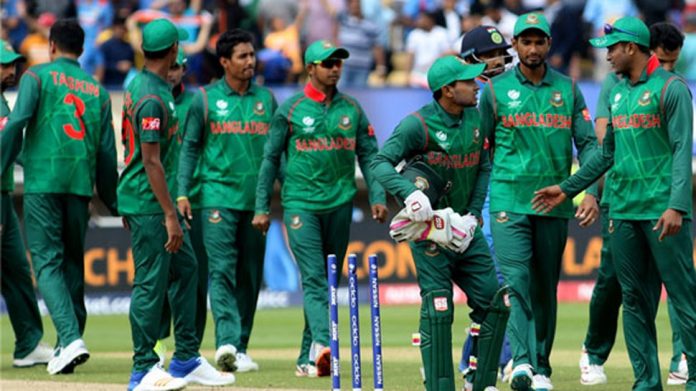 DHAKA: All-rounder Mahmudullah Riyad will lead Bangladesh 15-member Twenty20 International (T20I) squad against Pakistan in the upcoming three-match series, starting from January 24 in Lahore.
Experienced opener Tamim Iqbal is also part of the squad, who has played several seasons of the Pakistan Super League, and was part of the World XI that visited Pakistan in 2017 for a three-match series.
Bangladesh has also picked an uncapped pacer, Hasan Mahmud, for the series.
Earlier this week, Bangladesh wicketkeeper Mushfiqur Rahim had made himself unavailable for the series citing security concerns.
“Like I have said before, my family is concerned with me travelling to Pakistan. Keeping them in a worry I do not have the mentality to go and play in Pakistan,” said Rahim. “There is no reason for the decision to change. I have already said I will not travel to Pakistan. I have written this to the board and this has been accepted. I will not be part of this full series.”
Mushfiqur’s absence is a blow for Bangladesh, who are already without suspended all-rounder Shakib Al Hasan.
Five members of the Bangladesh coaching staff have also decided against touring Pakistan.
Spin bowling coach Daniel Vettori, trainer Mario Villavarayan, fielding coach Ryan Cook, white-ball batting consultant Neil McKenzie and computer analyst Shrinivaas Chandrasekaran have already informed the Bangladesh Cricket Board (BCB) about their decision.
However, the Bangladesh’s head coach Russell Domingo along with South African physio Julian Calefato are ready to visit Pakistan for the upcoming tour.
The BCB is currently finalising replacements, who will join the aformentioned duo as part of the coaching staff. Sri Lankan Champaka Ramanayake is expected to play the role of a bowling coach, whereas former Bangladesh first-class cricketer Sohel Islam will take over as spin bowling and fielding coach for the tour.
Bangladesh Squad:
Mahmudullah (Captain), Tamim Iqbal, Soumya Sarkar, Naim Sheikh, Najmul Hossain Shanto, Liton Das, MD Mithun, Afif Hossain, Mehidy Hasan, Aminul Islam, Mustafizur Rahman, Shafiul Islam, Al-Amin Hossain, Rubel Hossain, Hasan Mahmud
Series schedule:
24 January – 1st T20I, Lahore
25 January – 2nd T20I, Lahore
27 January – 3rd T20I, Lahore