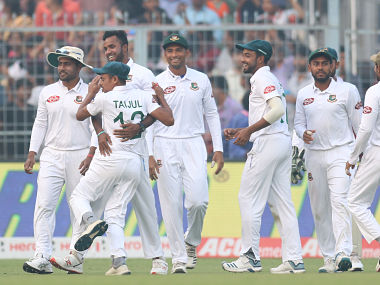 RAWALPINDI: Bangladesh team have arrived in Pakistan for the first ICC World Test Championship fixture against the hosts, scheduled at the Rawalpindi Cricket Stadium from February 7-11.
The visitors will conduct practice session at the Pindi stadium on Thursday after a rest day. Around mid-day, Azhar Ali and Mominul Haque, the opposite captains, will hold pre-series press conferences in the Media Block after which both captains will take part in a photo-shoot with the series trophy.