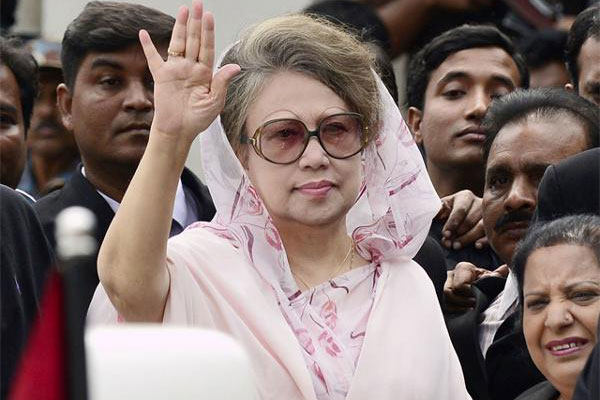 DHAKA: Bangladesh’s Supreme Court on Monday halted the release of opposition leader Khaleda Zia on bail, deepening a political crisis ahead of a national election due in December.
The top justices suspended a lower court’s decision to grant Zia bail until May, prompting a sharp reaction from her lawyers who said it was part of a campaign by Prime Minister Sheikh Hasina to silence the opposition.
“It is an unprecedented order in the judicial history of Bangladesh. We think it is not the decision of the top court, rather it is a government decision,” one of Zia’s lawyers, Sanaullah Mia, told foreign news agency.
Fakhrul Islam Alamgir, secretary general of Zia’s Bangladesh Nationalist Party (BNP) said the order was a “reflection” of the government’s desire to keep Zia confined during the election, which is widely expected to be held in December.