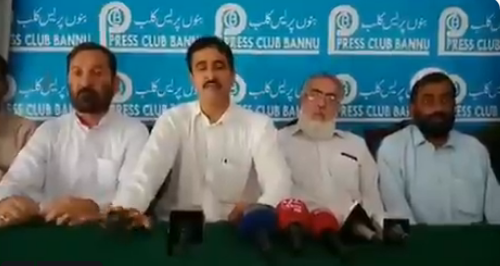 BANNU: Some wings of the business community of Bannu have expressed support to the polio campaign whereas the other half has announced a boycott of the ongoing campaign.
According to details, the mobile trade wing, travel agency wing and battery and electronic wing have announced irrelevance to the boycott, stating that targetting the campaign over issue of sales tax is a wrong step of central traders’ association.
In another development, Focal Person to Prime Minister on Polio Babar Atta has thanked media for its positive role in foiling bids of those who attempted to sabotage the campaign in Bannu.
The business-community of Bannu, a city having most cases of polio disease among all other regions of Pakistan, announced a boycott of polio campaign, as a protest against the recently imposed sales tax.
Earlier, Babar Atta said that boycotting polio campaign to record protest against inflation is pointless.
In a video message surfacing on Twitter, Babar Atta said that most polio cases were reported in Bannu but few elements were trying to sabotage the important campaign under pretence of inflation.
He urged the business community to “not to use their children for personal interests”.