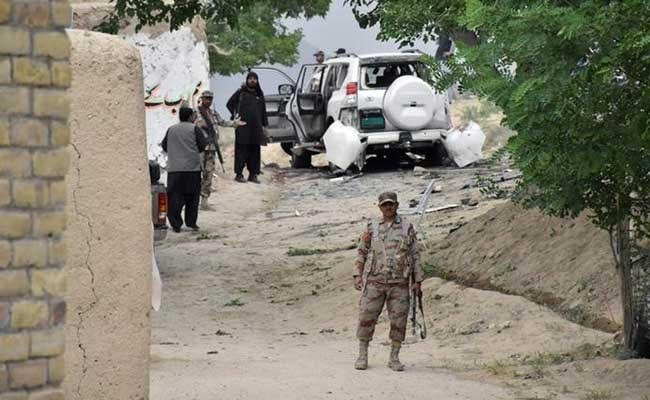 QUETTA: At least 85 people, including Balochistan Awami Party (BAP) candidate Nawabzada Siraj Raisani, were killed when a suicide explosion hit an election gathering in the Darengarh area of Mastung on Friday, caretaker provincial health minister confirmed.
Confirming the death toll, the minister said that nearly 150 people were wounded in the blast.
Lashkari Raisani confirmed his brother Siraj had lost his life in the explosion. “Aslam Raisani and I are also receiving threats,” he said.
Officials of the Bomb Disposal Squad (BDS) confirmed that it was a suicide blast. They said that around 16-20 kilogram of explosives were used in the explosion.
Following the incident, an emergency was declared in Quetta hospitals, with additional medical staff summoned.
Raisani, a candidate of the recently-formed Balochistan Awami Party from PB-35 constituency, was the younger brother of former Balochistan chief minister Nawab Aslam Raisani.
In July 2011, Siraj Raisani lost his 14-year-old son in a terrorist attack in Mastung, in which several others, including security personnel, were killed.
Earlier today, Jamiat Ulema-e-Islam-Fazl’s leader Akram Khan Durrani’s convoy was attacked in Bannu, resulting in the deaths of four people and injuries to around a dozen others.
Durrani, who is contesting from NA-35 (Bannu), was returning from an election rally when his convoy was hit.
On Tuesday, Awami National Party (ANP) candidate Haroon Bilour was among 22 martyred in an attack on his election rally in Peshawar.
On July 7, an electoral candidate of Muttahida Majlis-e-Amal (MMA) Malik Shireen was among three injured in a roadside blast in Bannu.
The roadside blast took place when the MMA candidate was heading to the venue of a rally along with supporters.
Pakistan Tehreek-e-Insaf (PTI) chairman Imran Khan has condemned the terrorist attack saying that he was “saddened to learn of Nawabzada Siraj Raisani’s shahadat in this targeted attack as well as the shahadat of 15 other innocent citizens.”