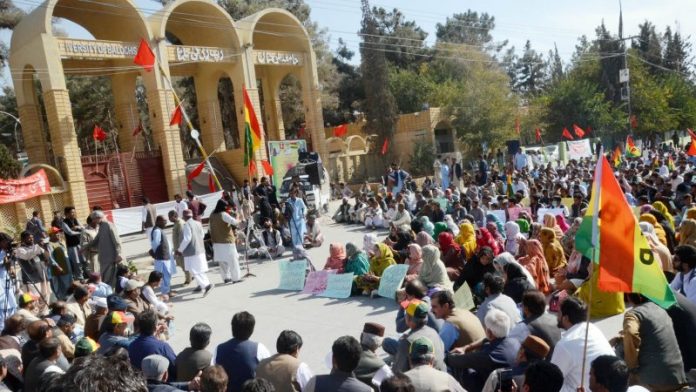 QUETTA: The Federal Investigation Agency submitted an investigation report on the Balochistan University harassment case to the Balochistan the High Court on Wednesday. The court has refused to make the report public.
The case was heard by a bench headed by Chief Justice Jamal Khan Mandokhail. The chief justice said that the case was being investigated by the court itself and all the suspects involved in the case will be punished.
The court told the university’s vice chancellor, Anwer Panezai, that he should use his powers to take action in cases of harassment. If he cannot do this, he should resign from his post, the court added. The hearing has been adjourned till November 14.
The University of Balochistan has been receiving widespread criticism after students claimed that CCTV footage was being used by its admin to harass and blackmail them.
Members of its academic staff even revealed that secret cameras were placed inside switchboards and keyboards to monitor the student’s activities.
Many female students have claimed that the administration was using their videos to blackmail them and asking for sexual favours in return.