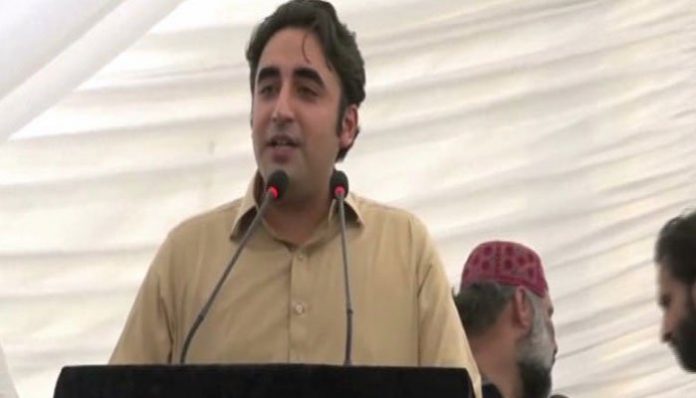 MULTAN: Pakistan People’s Party (PPP) Chairman Bilawal Bhutto on Sunday accused the ruling Pakistan Muslim-League-Nawaz (PML-N) government has destroyed the sector of agriculture and textile.
Bilawal Bhutto was addressing workers in Multan, where he said that both the PTI and PML-N have the same style of politics. He said that PML-N, and Pakistan Tehreek-e-Insaf have anti-people policies.
The PPP chairman said that the PML-N government has destroyed the sector of agriculture and textile.
Bilawal Bhutto said that southern Punjab has always sided with the PPP.
The PPP chairman said that whenever it came to making southern Punjab into a new province, the PML-N always opposed it.
Bilawal said that in future his political centre would be based in Multan and he would work for the betterment of the public.
PPP Co-Chairman Asif Ali Zardari said that Bilawal Bhutto Zardari has ‘100 percent become a political leader’. The PPP leader was speaking to the party workers at the Zardari House in Nawab Shah today.
The former president told the workers to start preparing for the general elections, saying that the PPP will contest elections against ‘everyone’ in the general polls.
Zardari said that his party was not given chance in the last polls, which he called ‘RO elections’. “They have created a drama that the PPP is not popular in Punjab,” said Zardari.
The former president said that the 2018 polls ‘will be an election, not a selection’.