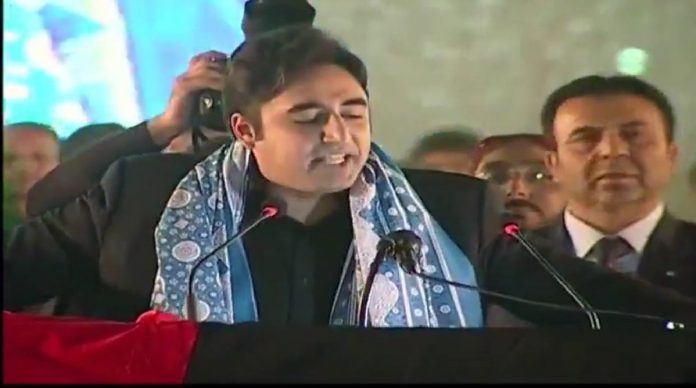 SUKKUR: Bilawal Bhutto said on Saturday that the government of Khyber Pakhtunkhwa (KP) is giving extortion money to Darul Uloom Haqqania.
Addressing the inaugural ceremony of National Institute of Cardiovascular Diseases (NICVD) in Sukkur, he said, “This is the money collected from tax payers in KP which should be spent on their prosperity.”
“This money should not be given to such madrassas where assassins of Benazir Bhutto took refuge.”
Bilawal complained that the PTI-led government in KP is not streamlining the religious educational institutes. “Give this extortion money from your own pocket,” he told.
It was reported that KP government is set to approve Rs277 million grant for Darul Uloom Haqqania. Earlier, Rs300m were allocated in 2016-17 budget.
The Pakistan Peoples Party (PPP) Chairman also took a hit at the Sharif family saying that Nawaz Sharif is only trying to save his corruption, and that he is supporting dynastic politics.
He inaugurated NICVD in the Sindh district, telling that the patients will be treated for free there.