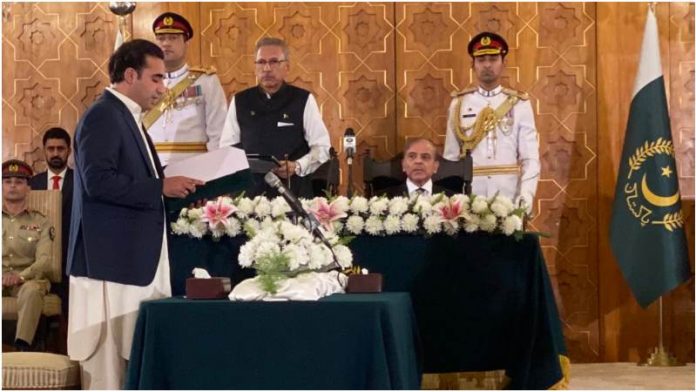 Bilawal Bhutto joined the cabinet in the third phase of its formation as the earlier swearing-in ceremonies took place on April 19 and April 22.

After today’s oath, the total number of federal ministers has increased to 35. There are also four ministers of state in PM Shehbaz’s cabinet.

In the 39-member cabinet, there are some members who came to the assembly for the first time and joined the Shehbaz Shaif’s cabinet.

Among the members who reached the National Assembly for the first time are Abid Hussain Bhai of PPP, Maulana Asad Mahmood , Maulana Abdul Wasi and Mufti Abdul Shakoor of the JUIF.

Apart from them, relatively new faces in the cabinet include Shazia Murree, Abdul Qadir Patel, and Ehsanur Rehman Mazari of the PPP, Azam Nazir Tarar and Mian Javed Latif and Murtaza Mahmood of the PMLN.