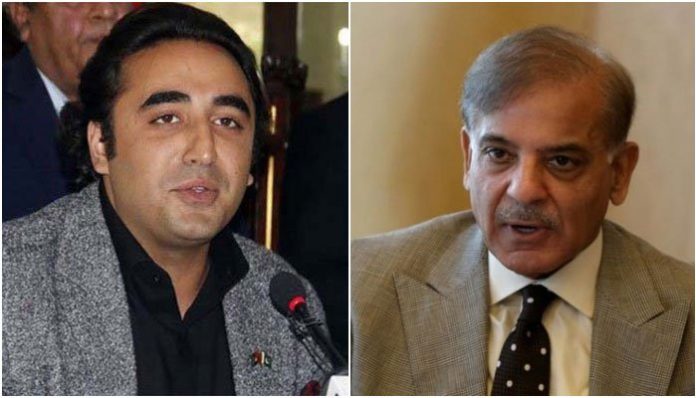 ISLAMABAD: Pakistan Peoples Party (PPP) Chairman Bilawal Bhutto Zardari will call on Leader of the Opposition in the National Assembly and Pakistan Muslim League-Nawaz (PML-N) President Shehbaz Sharif on Tuesday (today).
The meeting has been scheduled at 02:00 PM at Shehbaz Sharif’s residence in the ministers’ colony.
According to PPP declaration, both leaders will deliberate on country’s political situation and Jamiat Ulema-i-Islam-Fazl (JUI-F) Chief Maulana Fazlur Rehman’s Azadi March.
Furthermore, Bilawal Bhutto Zardari and Shehbaz Sharif will hold consultations on anti-government campaign as the opposition is ready to give tough time to the Pakistan Tehreek-e-Insaf-led federal government.