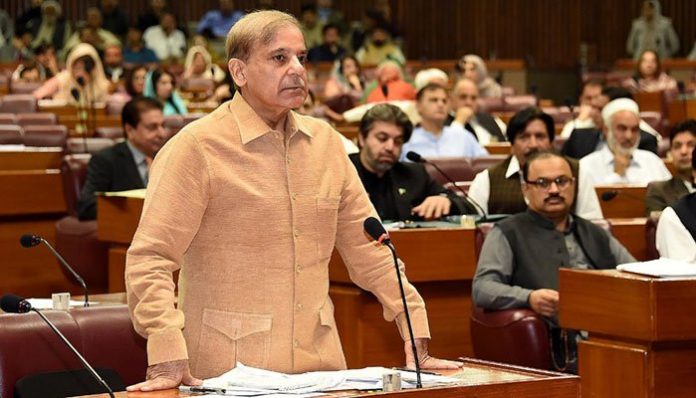 ISLAMABAD: Pakistan Peoples Party (PPP) Chairman Bilawal Bhutto Zardari and Pakistan Muslim League-Nawaz President Shehbaz Sharif voiced concerns over National Assembly Speaker Asad Qaiser not issuing production orders for four lawmakers.
Addressing on the floor of the house, Bilawal Bhutto Zardari said Asif Ali Zardari, the PPP co-chairman, remained President of Pakistan and remained in jail for 11 long years, but no charge against him was proven.
“Charges against PPP leader proved baseless in the past, and he [Asif Zardari] will be proven innocent now too”, Bilawal said.
Bilawal while urging the NA Speaker to issue production orders for Asif Ali Zardari including four MNAs, said“People of Nawabshah deprived of their right to be represented in budget process”.
Earlier in the day, in his twitter post, the PPP chairman had said, “Despite 1yr of cooperation, no flight risk & no conviction President Zardari has been arrested so govt can rig budget. First time in the history of Pakistan 4 members arrested & not produced for NA”. Bilawal said that it was concerning that four lawmakers including former president Asif Ali Zardari, PML-N leader Saad Rafique, MNA Ali Wazir and MNA Mohsin Dawar had not been issued production orders.
“The speaker has to be approached every day,” lamented Bilawal.
Taking the floor, Leader of the Opposition Shehbaz Sharif reiterated that production orders for the MNAs should be issued so that they could represent their constituencies in the house.