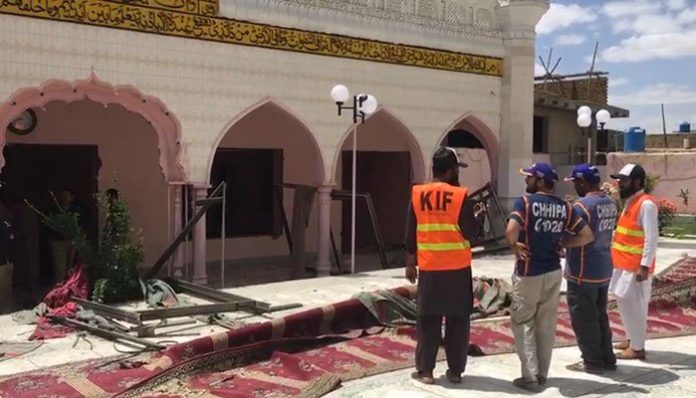 QUETTA: At least one person was killed and more than 13 others injured in a blast near Rehmania mosque in Quetta’s Pashtoonabad area during Friday prayers.

The injured are being shifted to Civil Hospital Quetta.
The nature of the blast is yet to be determined. There has been no claim of responsibility as yet.
Police said the blast occurred near Masjid Rahmania during Friday’s prayers.
Police said the nature of the blast is yet to ascertain.
According to initial details, the security personnel have shifted the victims to Civil Hospital while the entire area has also been cordoned off for search operation.
They said that the blast was carried out through planted device while its nature is being determined.
It is the seventh terror attack in the province in one month.