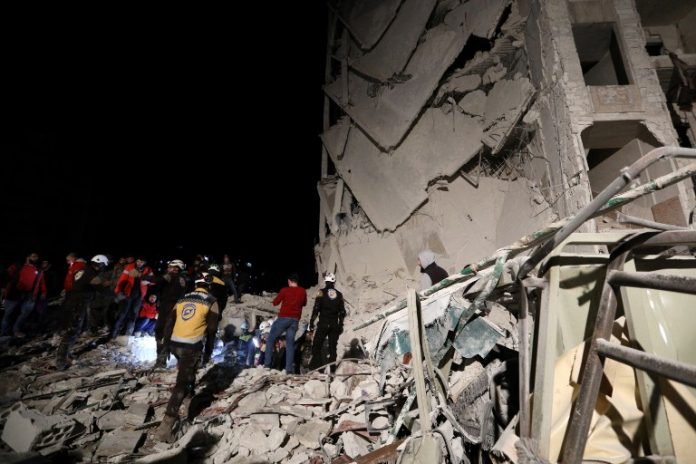 IDLIB: A huge blast killed at least 13 civilians in Syria´s northwestern jihadist-held city of Idlib on Monday, a monitor said,
The explosion of unknown origin also wounded 80 others, the Britain-based Syrian Observatory for Human Rights monitoring group said.
The group, which relies on sources inside Syria for its information, said the death toll was likely to rise as several of the wounded were in serious condition and many others were trapped under the rubble.
The death toll rose to 13 civilians from an initial tally of 11 after the bodies of two more were retrieved from the debris, the Observatory said.
The cause of the explosion was not immediately clear.
Idlib city is controlled by Hayat Tahrir al-Sham, a group led by Syria´s former Al-Qaeda affiliate.
Held by an array of jihadists and rebels, the surrounding province of the same name is the last in Syria largely beyond government control.
More than 350,000 people have been killed in Syria´s seven-year civil war since it started in 2011 with the brutal repression of anti-government protests.