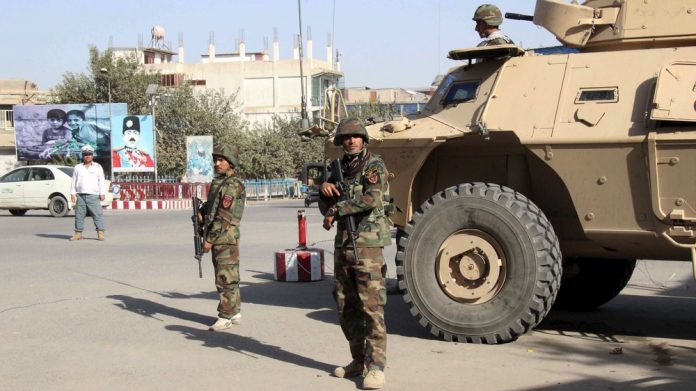 BAGHLAN: A bomb blast at a voter registration centre in northern Afghanistan killed at least two people and wounded two others, officials said Wednesday, the latest attack on a process already marred by violence.
The bomb was placed in a school used as a voter registration centre in Pul-e-Khomri, the capital of northern Baghlan province, provincial spokesman Mahmood Haqmal told AFP.
“One police and one employee of the election commission were killed and two police have been wounded,” he said.
Baghlan police spokesman Zabiullah Shuja confirmed the incident, saying that police had launched an investigation.
No one claimed responsibility for the attack but the Taliban and the Islamic State group in Afghanistan have vowed to disrupt the parliamentary and district council elections scheduled for October 20.
Wednesday’s attack is the latest assault on a voter registration centre aimed at deterring people from signing up for the long-delayed polls.
On April 22 a suicide bomber blew himself up outside a centre in Kabul, killing 60 people and wounding more than 100.
The registration process was launched on April 14, and as of Tuesday over five million people had registered to vote, according to the latest data released by the Independent Election Commission (IEC). – APP