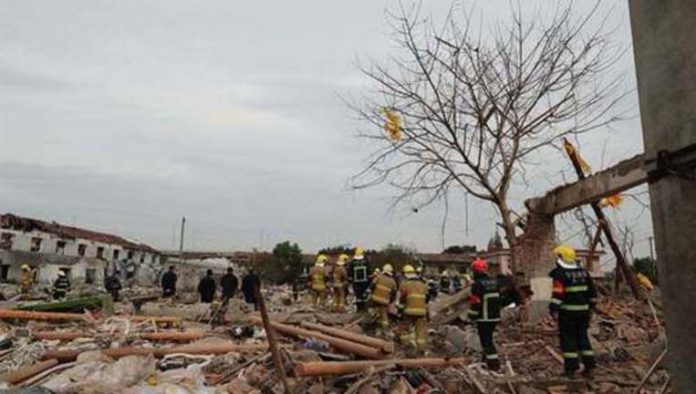 BEIJING: Seven people were killed and 13 injured when a truck carrying more than 5 tons of explosives blew up in northern China, the local government reported on Thursday.
The blast struck just before midnight on Tuesday outside an explosives warehouse, according to a statement from the Zhen’an county government in Shaanxi province posted on its official website.
The warehouse operator works in using explosives for mining and construction purposes. The government statement said the cause of the explosion remains under investigation.
The official Xinhua News Agency said victims included truck drivers, warehouse staff and security guards.
China has made major strides in industrial safety in recent years, although large-scale accidents still occur.
Some are linked to corruption and lax enforcement, such as a 2015 blast at a chemical warehouse in the port city of Tianjin that killed 173 people and was found to have flouted multiple safety regulations.