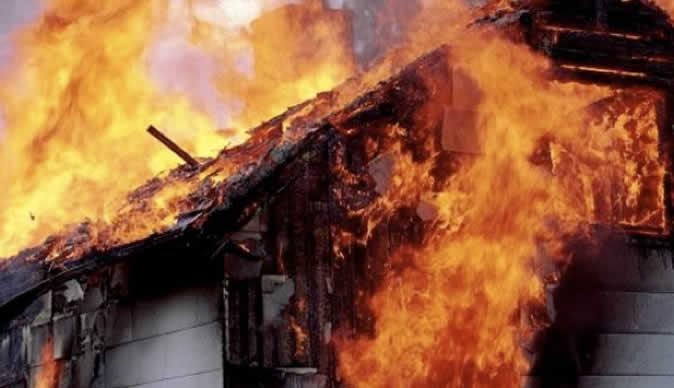 KARACHI: A large blaze tore through over 100 shanties in a slum area of Karachi on Thursday, prompting firefighters to rush to the site to battle the flames, officials said.
According to fire brigade officials, the fire quickly engulfed at least 100 shanties in the informal settlement (katchi abadi) in Junejo Town located in the city’s Mehmoodabad area.
Rescue workers said they had so far rescued five persons trapped in the burning houses. Fire brigade workers using five fire tenders were busy trying to extinguish the flames.
It was unclear what had caused the fire.