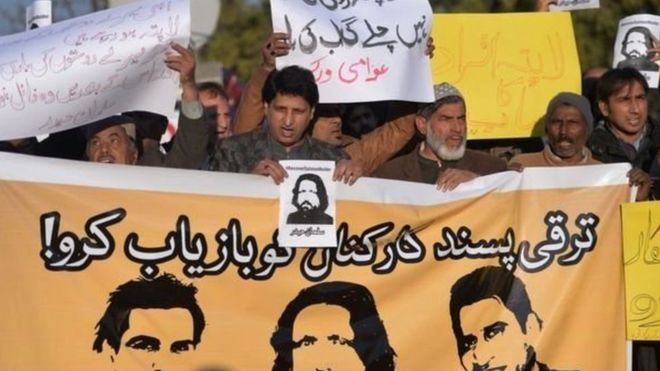 ISLAMABAD: The Federal Investigation Agency (FIA) Friday informed the Islamabad High Court (IHC) that there was no evidence of blasphemy against five bloggers.
Director general FIA Bashir Memon told the Islamabad High Court bench, headed by Justice Shaukat Aziz Saddiqui, the five bloggers were accused of uploading blasphemous materials on social media. However, he added, after investigation, the FIA did not find any evidence against the bloggers.
Justice Shaukat Aziz Saddiqui said that when there was no evidence against the accused, then there was no need of action against them. He remarked that the accuser had committed double crime by leveling false charges, saying that the trial court would decide that whether the applicant’s charges were false or sufficient evidence were not available.
Lal Masjid Foundation had submitted application in the Islamabad High Court against five bloggers, Salman Haider, Ahmad Waqas, Asim Saeed, Ahmed Raza Naseer and Samar Abbas, who went missing in the start of this year. Later on, four of them were released by captors and went abroad after receiving threats, while Samar Abbas is still missing.