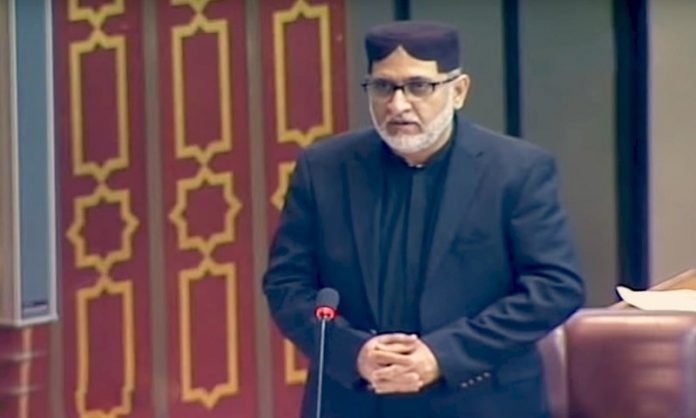 ISLAMABAD: Balochistan National Party-Mengal President (BNP-M) Sardar Akhtar Mengal on Wednesday announced his party’s withdrawal from its alliance with the PTI-led federal government over its failure to implement accords with the party.
Speaking during a session of the National Assembly, he said: “I am officially announcing that our party is ending its alliance with the PTI. We will stay in Parliament and will keep talking about issues.”
Mengal added that the PTI had signed two agreements with the party at the time of government formation after the 2018 elections and later during the presidential elections, but not a single point of the accord was implemented.
“If our demands were illegal and unconstitutional then we are ready to face even death. But then all those who have put their signatures on these accords should also face the same,” he said.
Mengal presented two separate lists of missing persons before the Assembly. One of the lists contained the names of 18 people who have been recovered so far while the other contained the names of nearly 500 people who had gone missing after signing the agreements with the PTI, he said.
In January, BNP-M leaders including MNA Khalid Magsi, Ahsan Ullah Reki, Israr Tareen, Senator Manzoor Kakar, Naseeb Ullah Badini, Rubina Irfan and Sana Jamali participated in talks with the government as it started efforts to appease its ‘annoyed’ allies. However, the BNP-M chief did not participate in the talks.
The government side had assured the Baloch leaders that it would address all grievances of the party and would include them in “development-oriented” decision making.
The BNP-M and PTI had signed a six-point memorandum of understanding (MoU) in August 2018 for an alliance at the Centre. The six points included recovery of missing persons, implementation of the National Action Plan, implementation of six per cent quota for Balochistan in the federal government, immediate repatriation of Afghan refugees and the construction of dams in the province to resolve the acute water crisis.
The alliance with the PTI was only at the Centre, while the BNP-M’s alliance with the Jamiat Ulema-i-Islam-Fazl in Balochis­tan continued at the provincial level.