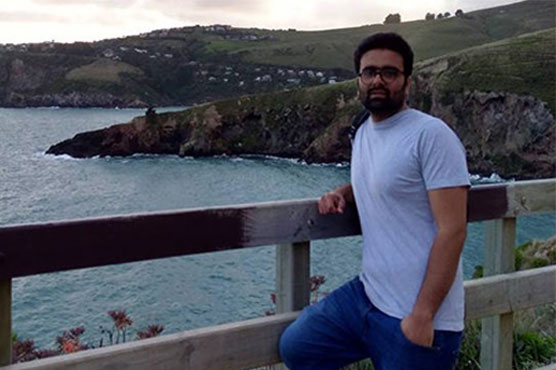 KARACHI: The body of a Pakistani man, Areeb Ahmed, who embraced martyrdom in Christchurch terrorist attacks in New Zealand was handed over to his family on Monday.
Governor of Sindh Imran Ismail, Karachi Mayor Wasim Akhtar and Sindh Local Government Minister Saeed Ghani were present at the Jinnah International Airport along with the victim’s family to receive the body.
Areeb Ahmed’s funeral prayer will be offered at Sangam Ground in Dastagir No 9 area at 3:00pm and he would be buried at the Sakhi Hassan Graveyard in Karachi.
Ahmed had recently moved to Christchurch to work as a chartered accountant. He was the only son of his parents. One of his uncles, Muhammad Muzaffar Khan, described him as deeply religious, praying five times a day.