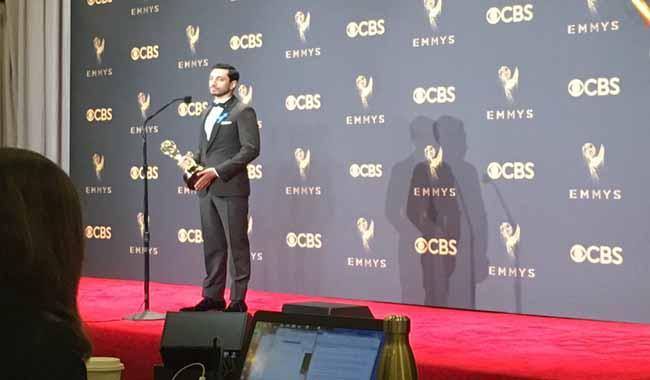 LOS ANGELES: Riz Ahmed, a British Pakistan actor, became the first Asian man for winning Emmy Award at an impressive ceremony on Sunday.
Emmy is an American award that recognizes excellence in the television industry, and corresponds to the Oscar (for film).
The actor took home Outstanding Lead Actor In a Limited Series for the HBO drama, in which he plays the son of a Pakistani cab driver from Queens who is wrongly convicted of murder.
Rizwan Ahmed , also known as Riz MC, is a British Pakistani actor who was initially known for his work in independent films such as The Road to Guantanamo , Shifty , Four Lions, Trishna and Ill Manors , before his breakout role in Nightcrawler in 2014, alongside Jake Gyllenhaal. In 2016, he also starred in Jason Bourne among other movies.
Ahmed was born in London to a British Pakistani family in 1982 and and moved to England from Karachi.