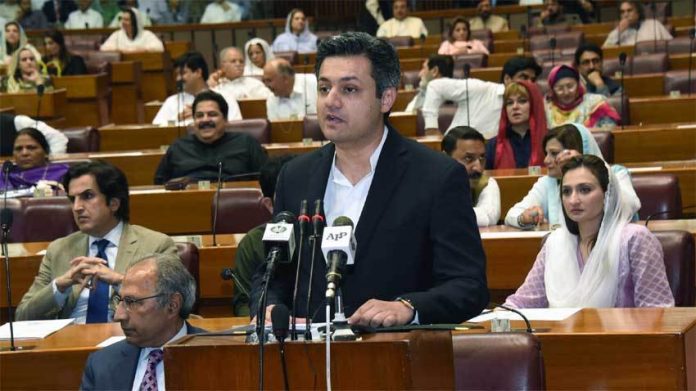 ISLAMABAD: The federal budget of Rs7600 billion for the financial year 2020-21 will be presented today (Friday). Federal Minister for Industries and Production Hammad Azhar will present the budget in the National Assembly.
According to the details, the budget for the next financial year will have a volume of Rs7600 billion, while the target for tax revenue will be set at Rs4950 billion.
Sources claim that budget deficit is likely to be more than Rs3427 billion. Interest and debt repayment are estimated at Rs3235 billion while 1402 billion could be spent on defense.Government employees are likely to see a 10% raise in their salaries as well.
Sources say that the federal budget is likely to set Rs475 billion for pensions, while Rs495 billion could be set aside for federal ministries and departments. The Centre can also spend Rs260 billion on subsidies and Rs820 billion in grants. Federal development budget will be kept at Rs650 billion.
Sources claimed that the International Monetary Fund (IMF) has called for ending sales tax exemption for all sectors. On the other hand, income tax, FED and GST rates for non-filers are also likely to increase.
Withholding tax is likely to be levied on foreign currency transactions. On the other hand, Federal Excise Duty (FED) may be levied on e-cigarettes and it has also been proposed to extend the scope of advance income tax to dealers, distributors and retailers.
Sources further said that withholding tax on electricity bills of up to Rs33,000 is proposed to be increased from 5% to 7.5%, on bills of Rs33,000 to Rs66,000 to 10% and 15% on bills of over Rs66,000.