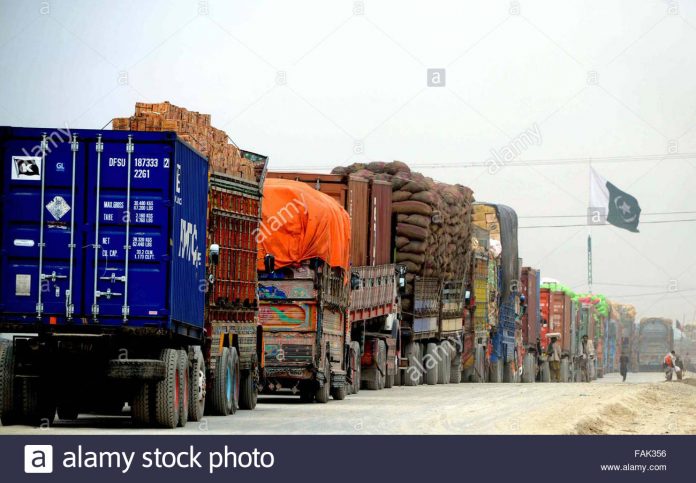 PESHAWAR: The Business community demanded the removal of hurdles to Pak-Afghan transit trade and urged the authorities concerned to take pragmatic measures to resolve them amicably.

SCCI chief hailed the government decision to keep open the Torkham border around the clock from August 15 this year. However, he urged the National Logistic Cell to construct a state of the art terminal to overcome the issue of long queues during the clearance of the goods consignments at the Torkham border.  He also said that the issues in the way of exports via Afghanistan to Central Asian Republic countries should be resolved.

Ziaul Haq Sarhadi on the occasion demanded the further members from the private sector and key-stakeholders should be included to the Pak-Afghan Liaison committee. He expressed concern over Alex Load Regime enforced by the government, because of which exporters and business community are being faced with enormous difficulties.