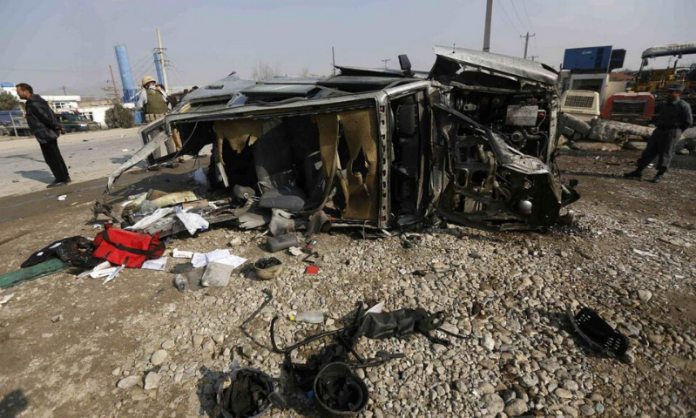 GHAZNI: A car bomb attack targeting an Afghan intelligence agency installation in the eastern province of Ghazni killed at least five people on Monday, an official said.
“The terrorists have used a humvee in their attack. They have targeted the National Directorate of Security unit in Ghazni city,” Wahidullah Jumazada, spokesman to the governor, told foreign news agency.
He said five people were killed and 32 others were wounded. “Most of the victims are intelligence personnel,” he added.
The interior ministry in Kabul and a health official in Ghazni also confirmed the attack.
No group has claimed the early morning attack so far.
The bombing comes a day after President Ashraf Ghani and his rival Abdullah Abdullah signed a power-sharing accord in Kabul, ending their months-long bitter feud.
The accord, welcomed by Washington, paves the way for launching peace talks with the Taliban. …Agencies