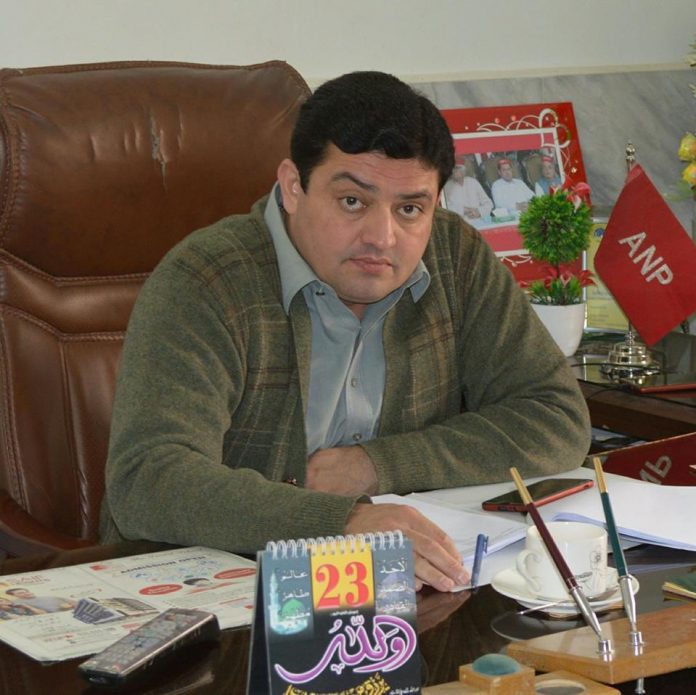 PESHAWAR: Peshawar Police on Sunday filed a case about the murder of the Awami National Party (ANP) districts president Sartaj Khan.
The case was registered by Gulbahar Police Station on the complaint by Shamsul Taj, brother of the deceased ANP leader. Shamsul Taj said in the first information report (FIR) that he was present in Services Hospital when he received information about his brother’s murder. He said when he reached the Lady Reading Hospital (LRH) that owner of a general store told him that as soon as Sartaj sat in his vehicle after purchasing some items from the shop, unknown armed men came on motorcycle and opened fire on him. Sartaj received several bullet injuries and died on the spot.
The brother of the ANP leader said they have no enmity with anyone. Police has filed a case against unknown culprits under Section 302 of Pakistan Penal Code and initiated investigation.
Meanwhile, the ANP provincial general secretary Sardar Hussain Babak said the government has been failed to provide security to the common man, particularly to the ANP activists.