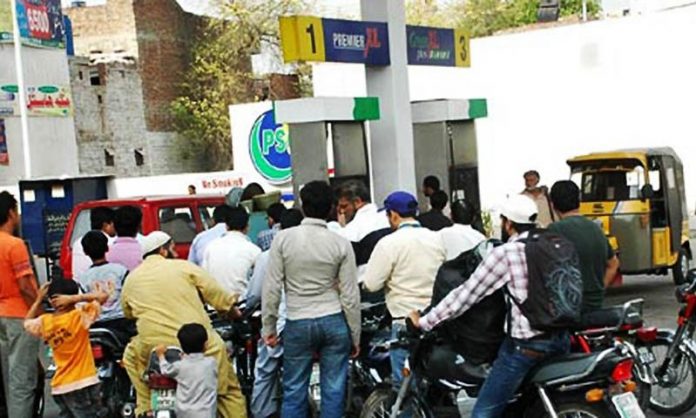 KARACHI: A case has been registered against two of the oil companies over creating artificial fuel shortage by hoarding in Karachi.
The case was lodged on the complaint of Member Fuel Crisis Committee, Muhammad Qasim at Karachi’s Jackson police station.
The move was taken after unearthing black market of the fuel by the committee.
Earlier, the federal government had formed an investigation committee to probe the ‘artificial’ petroleum shortage in the country.
The investigation team was tasked to look into the causes of hoarding and black market behind the petroleum crisis.
According to the PSO, most of the oil marketing companies, operating in the country, did not have 21 days reserves of the petroleum products in April despite the companies were bound by licensing requirements to ensure a minimum of 21 days of consumption cover of all petroleum products at all times.
The state-owned petroleum company said that when the demand for petroleum products increased in May, the companies had only two to three days of fuel stock and all the burden had shifted to the PSO.
During the period, the oil companies were reluctant to buy the petroleum products, PSO said and urged the government to take stern action against the oil companies.