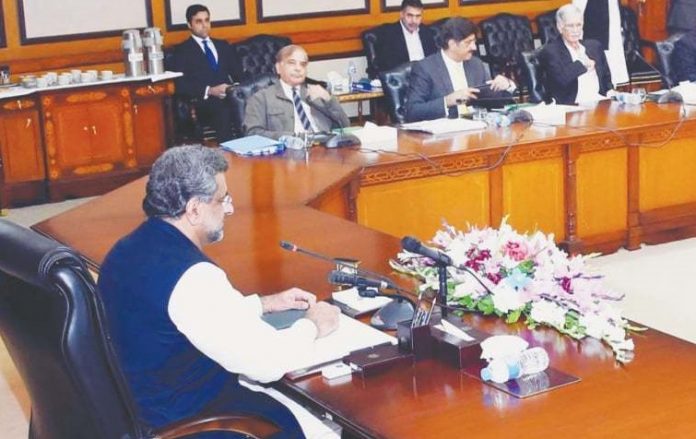 ISLAMABAD: The Council of Common Interests (CCI) Sunday decided to constitute a committee, headed by Attorney General for Pakistan and comprising one representative from each province, to look into the issues of availability of water and its distribution.
Prime Minister Shahid Khaqan Abbasi Sunday chaired 38th meeting of the CCI at the Prime Minister House.
The meeting was attended by Chief Minister Sindh Syed Murad Ali Shah, Chief Minister Balochistan Mir Abdul Quddus Bizenjo, chief secretaries of the provinces and senior officials, PM office media wing said in a press release.
The committee will present its recommendations in the next meeting.
A detailed presentation was given by the Ministry of Water Resources on availability of water in the country and its distribution among various provinces as per the Water Apportionment Accord 1991. – APP