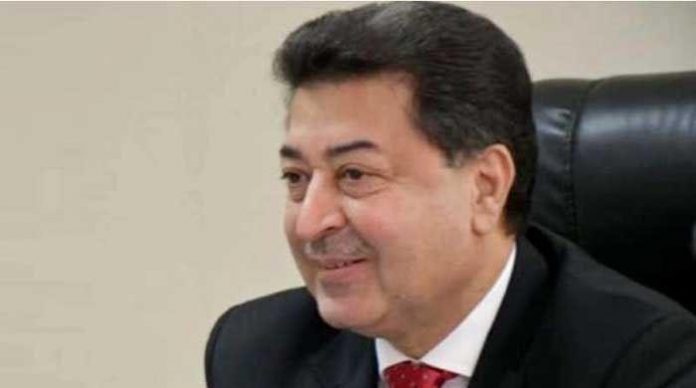 The government on Friday declared war on the chief election commissioner (CEC) in the wake of the Election Commission of Pakistan (ECP) raising reservations over the use of electronic voting machines (EVMs) in the next general polls and a Senate panel rejecting amendments to the electoral reforms bill. It also decided to call a joint session of parliament on the electoral reforms on Monday.

Speaking at a news conference, Information Minister Fawad Chaudhry, accompanied by Adviser to the PM on Parliamentary Affairs Dr Babar Awan and Railways Minister Azam Swati, accused the CEC of acting as a “mouthpiece for the opposition parties”.

The minister alleged that the CEC had been in close contact with former premier Nawaz Sharif and could have sympathy with him in a personal capacity.

“The ECP’s reasoning [over the EVM issue] is illogical. It cannot make laws… it is the job of the parliament… the behavior of such an important institution is unfortunate,” he said.

“It seems that the ECP has become “headquarters” of the opposition.”

Fawad said the ruling PTI wanted reforms in the electoral system in the country because whenever a party lost, it claimed that the elections were rigged and no one was satisfied with the results.

He added that the government had proposed the use of technology as the Supreme Court had also suggested doing so. The minister said the ECP or any other institution must follow parliament. Lashing out at the opposition parties, he said they only thought about the cases against them and tried to politicise every issue.

“The Pakistan Democratic Movement [PDM] is doing a great job by exposing members of the opposition,” he taunted.

The PDM is an alliance of opposition parties trying to topple the PTI government.

“They [opposition] are throwing mud at each other… we don’t have to do anything… even members of PML-N are talking against each other.”

Fawad said the ECP should bring its reservations over the use of technology in the elections to the government rather than taking them to the media.

“The CEC’s job is not politics. If he wants to do politics then run for an election and get elected if he can.”

He further advised the CEC to “behave” like a head of a very critical institution of the country.

On the occasion, Prime minister’s adviser Awan said the federal government had decided to call a joint session of parliament on the electoral reforms on Monday.

He added that after the joint sitting of parliament, a session of National Assembly will also be called to debate over the issue.

“The opposition has not presented a single suggestion over the electoral reforms and has wasted two months,” he added.

Awan said he was only allowed to discuss five points of the 37 objections raised by the ECP to the proposed introduction of EVMs.

“A member from Balochistan who had joined the session via video link was denied right to vote as she was not physically present during the session.”

He alleged that the opposition was against giving the right to vote to overseas Pakistanis as it feared that it would increase the vote bank of Prime Minister Imran Khan.

“Today the real face of opposition was revealed and their real motive is there for everyone to see.”

The ECP, in its 34-page letter submitted to chairman of the Senate Standing Committee on Parliamentary Affairs earlier in the day, wrote that EVMs could open up the possibility of “more sophisticated fraud” through the manipulation of software and hardware.

“EVMs cannot counter all types of fraud. [There would be a] lack of evidence in case of election disputes,” the letter read.

“Many more amendments are required as still many sections are relevant to only physical voting. This needs further deliberations.”

The commission underscored the need for considering the compatibility of EVMs with the existing constitutional and legal framework.

The ECP further noted that the system would be very costly, as there were around 100,000 polling stations and 400,000 polling booths.

It added that 900,000 EVMs would be required if separate ones were used for National Assembly and provincial assembly elections.

“Keeping in view the initial investment and ongoing costs, including storage cost and hiring and training of staff and other expenditures, this system will cost approximately Rs150 billion.”

The commission pointed out that it would be a difficult task to store 900,000 machines as the ECP did not have warehouses where they could be kept in ideal environmental conditions.

It added that during presentations, some companies had stated that EVMS would be used only once as the storage cost would be too much while others had said they could be used for two or three elections.

“If eight or four machines are used in a polling station, as the case may be, then each machine will give instantaneous results but these will first be consolidated at the polling station and then this consolidated result will be communicated to Returning Officer (RO) either physically or through WhatsApp if internet is available,” the letter read.

“Then it will be verified by the RO, who will consolidate all the results of all polling stations of the constituency … no chance of instantaneous results.”

The ECP noted that the process behind electronic voting was entirely opaque to the average voter and “far, far more vulnerable to large-scale attacks”.