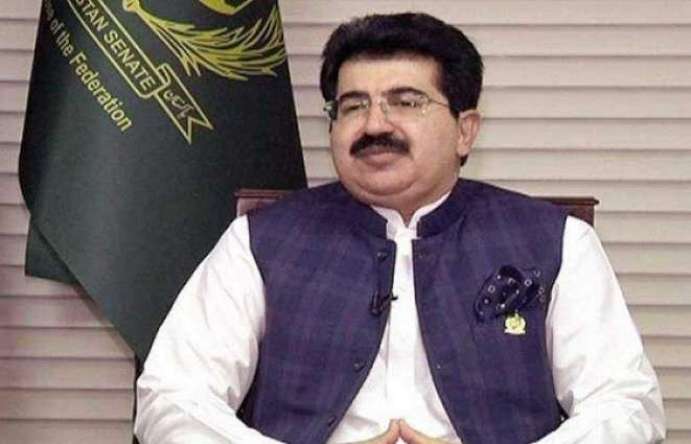 ISLAMABAD: Senate Chairman Sadiq Sanjrani cancelled an official visit of his parliamentary delegation to the United Arab Emirates (UAE) after Indian Prime Minister Narendra Modi was honoured on his recent tour to the Gulf nation amid the crisis in occupied Kashmir.
Sanjrani was scheduled to visit the UAE from August 25 to August 28 on the invitation of the UAE government. His delegation was to hold meetings with the UAE parliamentarians and government officials.
The Senate chairman, however, decided to cancel the trip as Pakistan vehemently supports Kashmiri peoples’ right to freedom from Indian occupation and condemns India’s atrocities in the occupied valley, a statement from the Senate Secretariat said.
Modi was awarded the UAE’s highest civilian honour on Saturday, as a human rights crisis brews in occupied Kashmir with the Indian government continuing its clampdown in the disputed territory. The Indian prime minister was conferred the award at the Presidential Palace in Abu Dhabi during his first visit to the UAE capital after winning the recent elections.