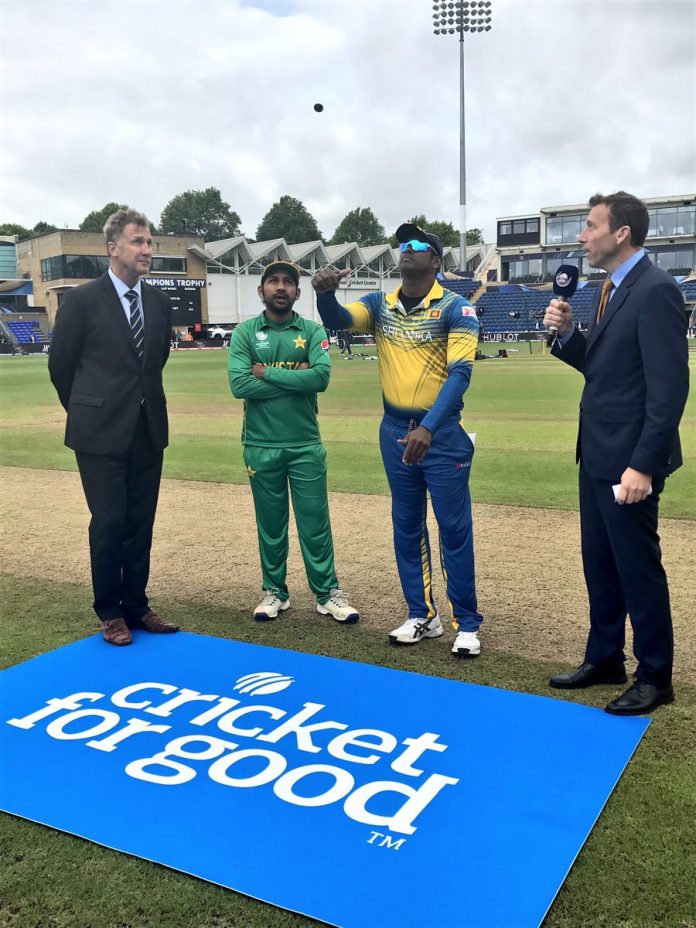 CARDIFF: In highly important match, a virtual quarter final, Pakistan has won the toss and decided to field first against Sri Lanka in ICC Champions Trophy 2017 here at Cardiff.
There is one change in Pakistani team as Faheem Ashraf is replacing Shadab Khan. It is ODI debut of all-rounder of Ashraf.
“The decision of fielding first is being taken after seeing pitch and overcast,” Sarfraz said.
The winner of this match will qualify for semi-final of ICC Champions Trophy.
Earlier, Pakistan defeated South Africa by 19 runs under D/L method while Sri Lanka stunned India after chasing 321 and won match by seven wickets.
India has already qualified from Group-B for the semi-final after beating South Africa yesterday.
Pakistan came out of India defeat with a thumping win against South Africa, while Sri Lanka faced defending champions India and chased what seemed like an impossible target for underdogs.
The winner of the match will most probably end on the second position in Group B and face toppers of Group A, England, in the semi-finals.
Meanwhile, Bangladesh had beaten New Zealand while England downed Australia to enter the semis.
The 2017 tournament has been a story upsets and Pakistan, as history beckons, have mostly been favourites against Sri Lanka.