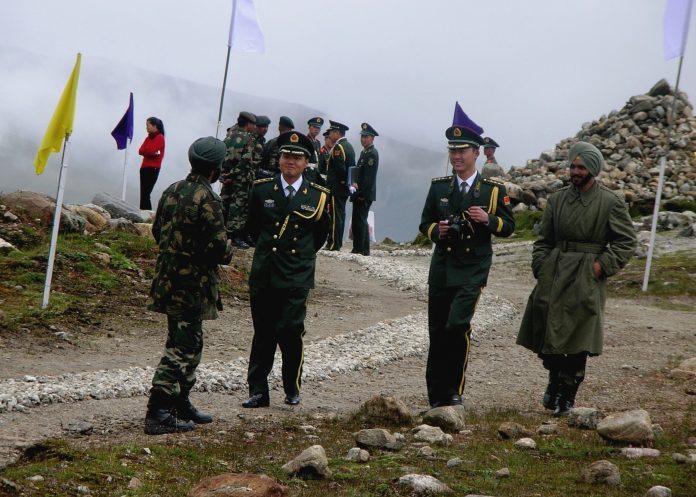 BEIJING: The recently held India-China talks on border tensions remained inconclusive, according to Indian media, with both sides agreeing to carry on “military and diplomatic engagements” to improve relations.
A statement from India’s External Affairs Ministry (EAM) said that both sides agreed on the need to peacefully resolve the border dispute.
A report in The Hindustan Times said that those in the know were of the view that talks held between top army commanders of both sides, held on Saturday morning, ended inconclusively. The EAM statement added that an early resolution of the dispute would further contribute to the relationship between the two sides.
The meeting between the two military delegations were held at Moldu on the Chinese side of the LAC. A delegation led Lt Gen Harinder Singh, commander of Leh-based 14 Corps, had held an hours-long meeting with a Chinese delegation led by Maj Gen Liu Lin, commander of the South Xinjiang military region
The EAM said that the meeting between the two sides was held in a “cordial and positive atmosphere” and that the two sides should work towards resolving the situation through peaceful means.
“Both sides agreed to peacefully resolve the situation in the border areas in accordance with various bilateral agreements and keeping in view the agreement between the leaders that peace and tranquillity in the India-China border regions is essential for the overall development of bilateral relations,” read a statement from the EAM.
“Both sides also noted that this year marked the 70th anniversary of the establishment of diplomatic relations between the two countries and agreed that an early resolution would contribute to the further development of the relationship,” the statement added. …Agencies