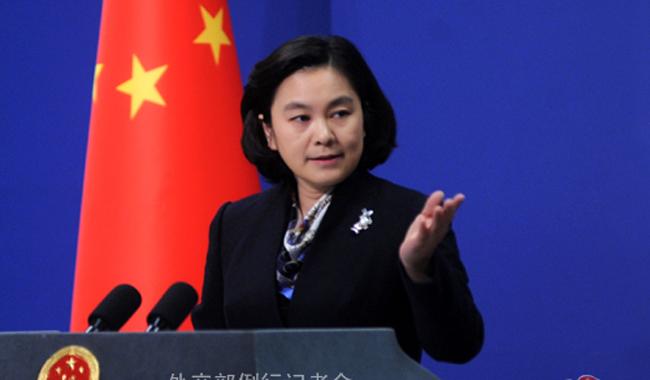 BEIJING: While appreciating Pakistan’s efforts in building China Pakistan Economic Corridor (CPEC) projects, China Tuesday reiterated it would work with Pakistan to push forward smooth progress on the corridor to bring more economic benefits for the two countries as well as the entire region.
“We appreciate and applaud Pakistan’s efforts it put in during building of the CPEC which has now entered a stage of implementation with the concerted efforts of China and Pakistan,” Spokesperson of Chinese Ministry of Foreign Affairs, Hua Chunying said during her regular press briefing held here.
“China will work with Pakistan to push forward smooth progress in building the CPEC,” she said while responding to a question asked by the APP correspondent that Pakistan government has allocated US$ 1.7 billion for CPEC and its supporting projects in the budget of next financial year starting from July 1.
The spokesperson opined that CPEC, a flagship project of One Belt One Road Initiative announced by Chinese President, Xi Jinping, has helped Pakistan to improve transport and energy infrastructures and also provided job opportunities for the people in Pakistan.
When her attention was drawn towards the Indian External Affairs minister’s interaction with media in which she spoke about issues related to India’s entry to Nuclear Suppliers Group (NSG), the spokesperson said, “We have reiterated our position many times over this issue.”
Hua Chunying said China’s position on the admission of non-NPT states into the NSG remains unchanged.
“China supports the NSG in handling the relevant issue as mandated by the 2016 Seoul General Assembly with the principle of consensus and through the open and transparent inter-governmental process and the “two-step” approach which requires the NSG members to work out a solution applicable to all non-NPT states and on that basis, to deliberate on joining of specific non-NPT states,” she added.
The spokesperson said China will continue to take part in the NSG’s relevant discussion in a constructive way.
About One Belt One Road issues between China and India, she termed the Kashmir a left over issue from the history between India and Pakistan which should be properly settled by the two countries through consultation and negotiation.
“We have also been stressing that CPEC is a project of economic cooperation and it would not affect China’s position on the issue of Kashmir,” she said and added, the CPEC is not targeting any country.
In response to a question about alleged airspace violations by two Chinese helicopters over China-India border, she reiterated that China and India have dispute on the borders.
The spokesperson said that Chinese border guards also conduct patrolling along the border, adding, “We should communicate and coordinate with each other through a border consultation mechanism to uphold peace and stability across the border.