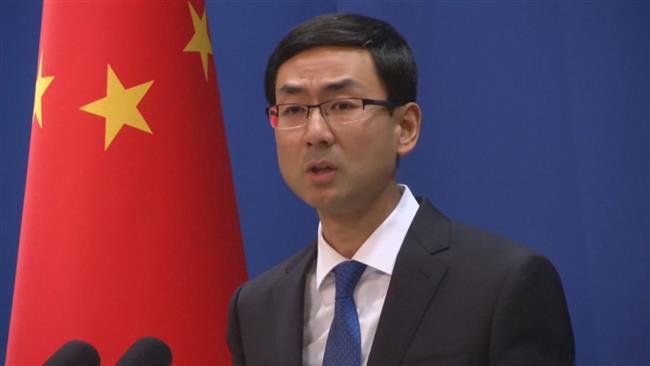 BEIJING: A Chinese official on Monday revealed that the Financial Action Task Force (FATF) had, after its latest plenary meeting, decided to allow Pakistan more time to continue implementing the action plan prescribed by the watchdog.
Chinese Foreign Ministry spokesperson Geng Shuang made the revelation at a press briefing on Friday after he was asked whether China’s position on Pakistan in the matter had changed.
“Pakistan has made enormous efforts in improving its counter-terror financing system, which has been recognized by the vast majority of FATF members at its latest plenary meeting concluded on February 20 in Paris,” Geng stated in response to a question.
“It was decided at the meeting that Pakistan will be allowed more time to continue implementing its action plan.”
The spokesperson was responding to a question about reports from Indian publications that had claimed that Beijing will be joining India and other countries in ‘sending a strong message to Pakistan’ and urging it to ‘fulfil the commitment to fight terror financing and money laundering’.
“China’s position on the relevant issue remains unchanged,” said Geng unequivocally, adding that Pakistan has made enormous efforts in clamping down on terror financing networks.
He added that Pakistan’s efforts have also been “recognised by the vast majority of FATF members at its latest plenary meeting”.
The spokesperson reiterated that China maintains that the purpose and aim of the watchdog was to support countries’ efforts to strengthen institutions against money laundering and terror financing and safeguard the international financing system.
“We stand ready to work with relevant parties to offer more assistance to Pakistan in this area,” stated the spokesperson.
The FATF will reveal its official decision today regarding whether Pakistan will exit from the grey list or not.
The Paris-based global anti-money laundering watchdog will be concluding a five-day meeting to review progress made by Pakistan in the implementation of its 27-point action plan.
More than 200 delegates were present at the session in Paris, which entered its fifth day today.
Pakistan had been placed on the grey list in June 2018 and was given a plan of action to complete by October 2019 or face the risk of being placed on the watchdog’s blacklist, along with Iran and North Korea.