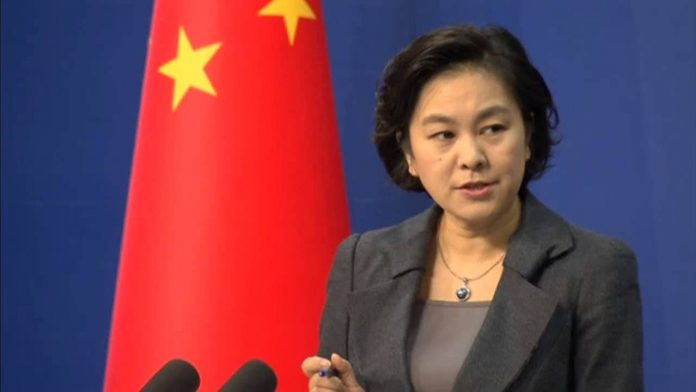 BEIJING: China on Monday criticized a visit by India’s defence minister to the remote state of Arunachal Pradesh, which China claims, saying it would complicate efforts by both sides to maintain peace along the disputed border region.
The latest row over Arunachal Pradesh in the eastern Himalayas that China claims as southern Tibet suggests the neighbours remain far apart, despite recent attempts to defuse tension.
On Sunday, Defence Minister Nirmala Sitharaman took stock of defence preparedness in Arunachal Pradesh along the Line of Actual Control, the de facto, but disputed, border between the two countries.
Sitharaman also tweeted pictures of her visit, including her meeting with Indian army officers.
“An Indian official going to a disputed region on the China-India border will perhaps make the issue even more complex, and is not beneficial to efforts by both parties to maintain peace and tranquillity on the border,” Chinese Foreign Ministry spokeswoman Hua Chunying said.
India’s foreign ministry did not immediately respond to a request for comment. In the past, New Delhi has reacted strongly to any attempts challenging its sovereignty over Arunachal.
China and India have tried to develop two-ways ties in recent years but there is still deep distrust over the border dispute.
In April, China slammed India’s decision to host Tibetan spiritual leader the Dalai Lama in the region, saying it could cause serious damage to relations.
China hoped India could meet it half-way to resolve their differences, Hua said.
“We hope India can work with China to continue to use talks to appropriately resolve the border issue via negotiation and create good conditions and atmosphere,” she added.