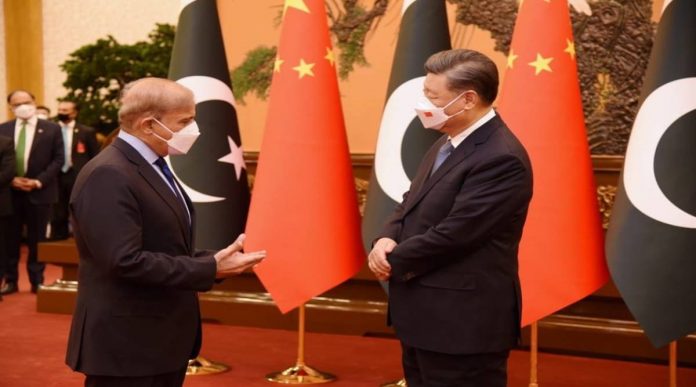 Pakistan had been struggling with a balance of payments crisis even before devastating floods hit the country this summer, causing it an estimated $30 billion or more in losses.

Pakistan was expected to seek debt relief from China, particularly the rolling over of bilateral debt of around $23 billion.

China’s central bank and the State Bank of Pakistan have signed a memorandum of cooperation recently for the establishment of an RMB clearing arrangement in Pakistan, in a bid to facilitate the use of RMB for cross-border transactions by enterprises and financial institutions in both countries, the People’s Bank of China (PBOC) said on Wednesday.

China and Pakistan should also move forward more effectively with the construction of their economic corridor, as well as accelerate the construction of infrastructure for the Gwadar Sea Port, Xi told Prime Minister Shehbaz Sharif during their meeting at the Great Hall of the People.

China has been involved in major mining and infrastructure projects in Pakistan, including the deep-water Gwadar port, all part of the $65 billion China-Pakistan Economic Corridor (CPEC).

Xi added that the countries should work together to create conditions for the early implementation of the Mainline-1 (ML-1) railway upgrading project and the Karachi Circular Railway project.

The developments and projects in Pakistan, a longtime Chinese ally, are part of Xi’s Belt and Road Initiative (BRI) to improve China’s road, rail and sea routes with the rest of the world.

China is willing to deepen cooperation in the digital economy, e-commerce, photovoltaic technology and other new energy-related areas, Xi said.

Sharif was one of the first leaders to meet Xi since he secured a third term as leader of the ruling Communist Party in October.