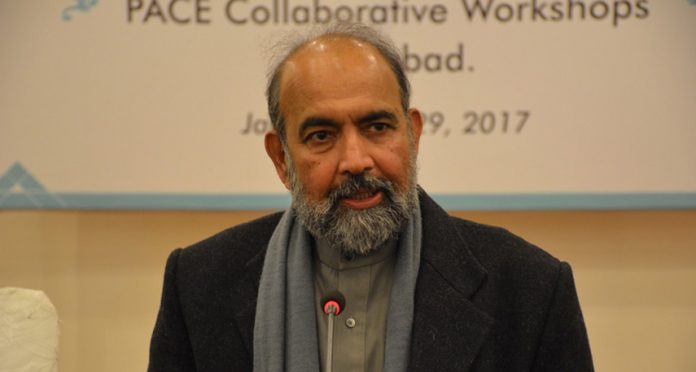 ISLAMABAD: Chairman, Council of Islamic Ideology (CII) Dr Qibla Ayaz on Monday proposed formation of a high-powered committee to see, how the nation could observe Ramazan and celebrate Eid on same day.
Dr Qibla Ayaz, a distinguished Islamic scholar, in his statement said that the nation in Pakistan always divide over the issue of moon-sighting of Ramazan and two Eids.
The CII chairman backed the proposal of the Federal Minister for Science and Technology, Fawad Chaudhry about preparation of a lunar calendar adding that the scholars, however, suggest that sighting the moon with naked eye is compulsory according to the religious teachings.
The CII chief emphasized for considering the point raised by the federal minister to reach to a solution.
Dr Ayaz is known for promoting inter-faith and sectarian harmony. He was appointed the chairman of the CII in November 2017, which provides legal advice to the government on Islamic issues but its recommendations are not legally binding.
Science and Technology Minister Fawad Chaudhry in his tweet on Sunday said a scientific committee would prepare a calendar for 10 years that would not require sighting of moon physically. And after 10 years latest technology would be used to ascertain birth of moon more accurately, he added.
He said it will end uncertainty about moon-sighting, especially on Eids.