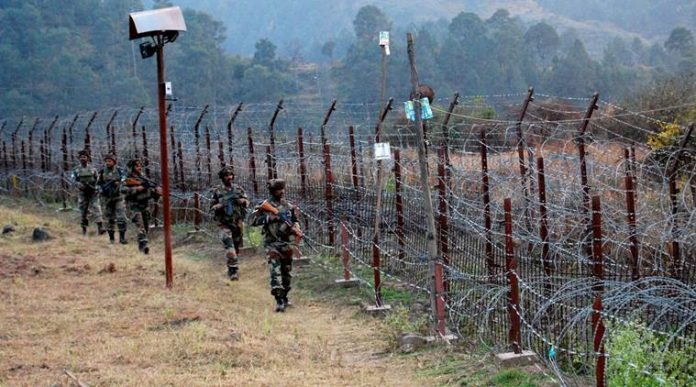 ISLAMABAD: Ceasefire violations at the restive Line of Control (LoC) continued on Thursday, claiming the life of an elderly man in Kotli district, Azad Jammu and Kashmir (AJK), local officials said.
“Shelling started at about 7:30am with Indian troops firing volleys of mortar shells at civilian populations,” said Assistant Commissioner Nakyal Waleed Anwar. “Splinters of a mortar shell hit 70-year-old Nazeer Hussain Mughal in Dheri village at about 10:30 am, leaving him dead on the spot,” he said.
Anwar said that Indian troops were targeting educational institutions where elementary board exams were being held since Tuesday.
“Today’s exams have been cancelled in most vulnerable schools due to the targeted shelling from across the divide,” he said.
Cross-LoC shelling also took place in Battal sector of Poonch district from 8:15 am to 12:45 pm on Thursday, but no casualty was reported from there.
The latest casualties have brought the civilian death toll to at least 15 in the ongoing year, while another 64 have been injured, say officials.