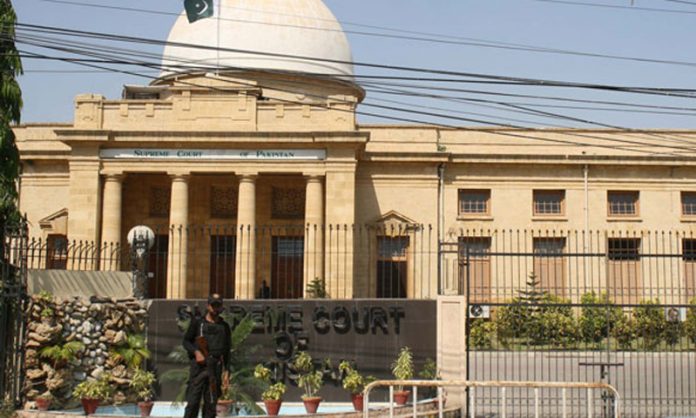 KARACHI: Chief Justice of Pakistan (CJP) Gulzar Ahmed on Friday has ordered to remove encroachments on Karachi’s Gizri Road, in P&T, Punjab and Delhi colonies.
During the hearing of a case against illegal constructions in Karachi, the top judge asked about who is allowing to construct nine-storey buildings in Cantonment Board premises.
The attorney general suggested that these buildings can be used by the provincial government over which, the judge has directed to demolish them as they were constructed illegally.
Meanwhile, Justice Gulzar questioned Clifton Cantonment Board over encroachments in Delhi and Punjab colonies over which, the Cantt official told that this land belongs to the government.
The apex court has also directed federation and provincial government to prepare comprehensive development plan for Karachi. Both Sindh and federal governments have failed to resolve issues of Karachi people, the CJP said.

Also read: Government to demolish Buildings in Karachi
You can surely make tall buildings but adopt proper plan, he advised.
Earlier, while hearing restoration of Karachi Circular Railways (KCR) case, the top judge remarked that Sindh government had taken responsibility to recover government lands in Karachi, however, nothing has been done in this regard.
If you cannot implement the court’s order, then you may better leave your post, he resented over provincial government’s representative.
The CJP also directed city commissioner to evacuate the occupied land in one week and ordered to demolish all the buildings, housing societies and petrol pumps illegally constructed on railways land.
Justice Gulzar further threatened to issue contempt notices if the authorities fail to satisfy the court.
You people have turned this beautiful city into jungle by destroying parks and other recreational places to build useless tall buildings, he went on to say.