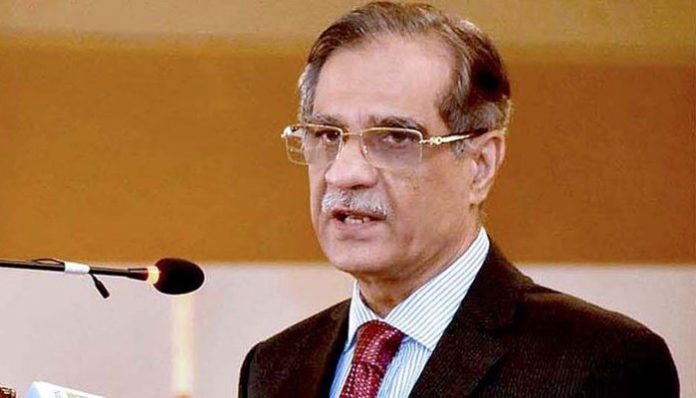 ISLAMABAD: Chief Justice of Pakistan (CJP), Justice Saqib Nisar has categorically rejected the notion that Pakistan Tehreek-e-Insaf (PTI) Chairman Imran Khan was Ladla (favorite) of the court.
Hearing suo motu case on encroachments and environmental degradation in Bani Gala, the chief justice asked State Minister for Capital Administration and Development Division (CADD) Tariq Fazal Chaudhry as to why he was giving the impression that the court held a soft corner for Imran regarding his Bani Gala estate.
Referring to the state information minister, the chief justice questioned why Marriyum Aurangzeb is giving statements that the court gave a concession to Imran.
The chief justice warned of taking action against the minister if he did not clarify that it was in-fact the government that permitted Imran to carry out illegal construction in the first place.
Chaudhry then stated in court that the government gave these permissions not just to Imran but to million other residents as well.
During the hearing, Chaudhry informed the court that they have forwarded a summary to the federal cabinet regarding the regularisation of illegal structures in Bani Gala.
The hearing was then adjourned for two weeks.