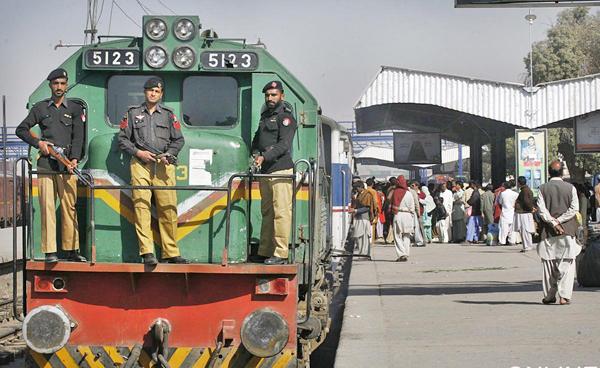 QUETTA: Chief Minister Balochistan Dr Abdul Malik Baloch on Tuesday inaugurated the new freight train from Quetta to Zahedan, Iran via Taftan.
The freight service has been launched by Pakistan railways with the cooperation of the Iranian Railways.
Earlier on Monday, Federal Minister for Railways Khawaja Saad Rafique had said that the train composition would consist of 24 freight vans which would be extended up to 40 vans in the future and the train would transport rice and other goods from Pakistan to Iran while it would bring sulphur, coal and other chemicals from Iran to Pakistan.
“The train will be operated once a week and it will also turn around after a week from Iran,” he added.
He said the train would bring 2000 litres of oil from Iran initially which would be increased upto 5000 litres in future as the price of oil was about Rs14 to 15 per litre in Iran, adding the train would be able to manage its expenses through this fuel.
The minister said Pakistan had informed Iran and Turkey that PR was ready to operate the Economic Cooperation Organisation (ECO) train as soon as it receives green signal from these countries.
He informed media that the PR was now out of “ICU” and it was running purely on Pakistan Railways model.