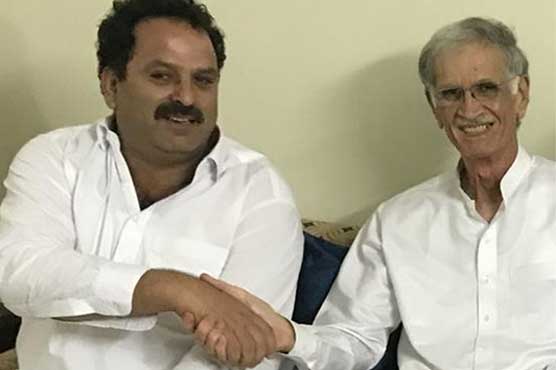 PESHAWAR: Khyber Pakhtunkhwa Chief Minister Pervez Khattak has started devising strategy against the no-confidence motion that he can possibly face.
According to the details, CM Khattak met Qaumi Watan Party (QWP) Member Provincial Assembly (MPA) Ibrar Hussain, who assured Khattak of his support against his party policy.
It is worth mentioning here that Ibrar Hussain was sacked on corruption charges by Pervez Khattak along with Bakht Baidar on the directives of Pakistan Tehreek-e-Insaf (PTI) Chairman Imran Khan in October 2013.
PTI, in 2015, had invited QWP again to rejoin the coalition government.