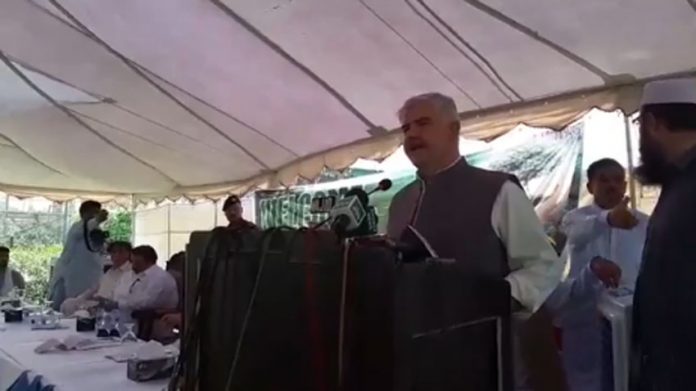 Chief Minister Khyber Pakhtunkhwa Mahmood Khan inaugurated monsoon tree plantation campaign in the province by planting a sapling in Peshawar on Tuesday.
Speaking on the occasion, he said over thirteen point three million saplings will be planted across the province during the campaign.
Mahmood Khan said overall one billion trees will be planted in the province in next four years under clean and green Pakistan programme.
He said the previous PTI government also planted one point one billion trees under tsunami tree plantation campaign.
The Chief Minister asked people belonging to all walks of life to actively participate in the monsoon tree plantation campaign to overcome environmental pollution.