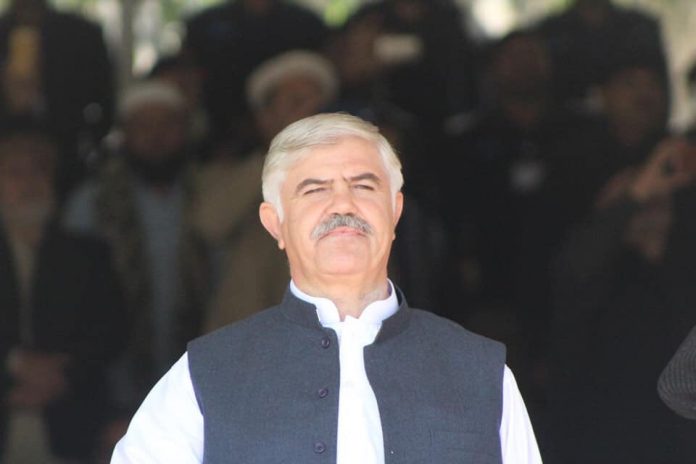 PESHAWAR: Opposition MPAs of KP assembly pitched a tent and set up a protest camp opposite the Chief Minister’s House in Peshawar on Tuesday. However, they got scant attention from the chief minister save for some refreshments and facemasks as a courtesy.

The opposition members had set up camp to protest the government’s failure to release development funds and share in jobs for them.
CM House Spokesperson Furqan Kakakhel said that the government is not afraid of the opposition’s protests, however, with a second wave of the novel coronavirus (Covid-19) they feared for the health of the protesting lawmakers hence distributed facemasks and tea.

The opposition benches have applauded the goodwill gestures but also demanded that they need justice, not tea, they said. Meanwhile, treasury bench lawmakers did not pay any attention to the protesters, with none of them stopping to even exchange greetings while on their way to the provincial assembly nearby.