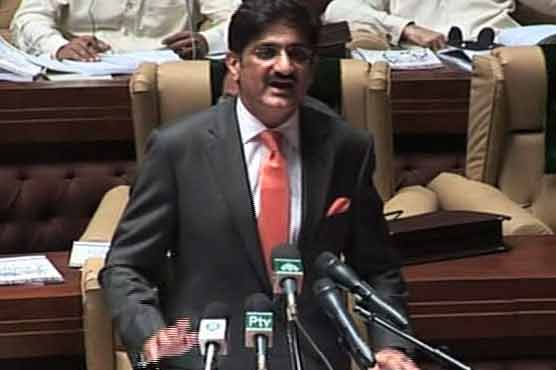 KARACHI: Sindh Chief Minister Murad Ali Shah on Thursday unveiled the budget for the fiscal year 2018-19, announcing that it would only be authorised for three months.
However, to arrive at the amount the budget estimates were made for the entire year, he clarified.
Shah, in his budget speech on Thursday, said the PPP government had set a strong precedent of presenting public friendly budgets during past five consecutive years.
The sixth budget being presented before the house for the first quarter of the fiscal year 2018-2019 was claimed to be equally focused on resolving the problems faced by the masses.
“We have done our best to provide needed relief to the people in general,” Shah said about the proposed budget which includes a 10 per cent increase in the salaries and pension of the public sector employees, coupled with the creation of around 46,000 new jobs.
Special provisions were said to be made for people with limitations including those with disabilities.
Under the proposed budget Rs282 billion have been allocated for annual development programme (ADP) including Rs30bn for district packages and Rs50bn for new schemes to be introduced by the next government.
The government will complete a record 714 development projects in the ongoing year, the chief minister claimed.
Shah announced that Rs105bn has been earmarked for security and Rs72bn would go to local governments.
On the receivables end, Shah said Rs120bn is planned to be raised from sales tax on services complimented by Rs665 billion from the federal divisible pool.
The chief minister lamented that the federal government had not only revised down the federal transfers to the Sindh government but also failed to even completely provide the revised amount.