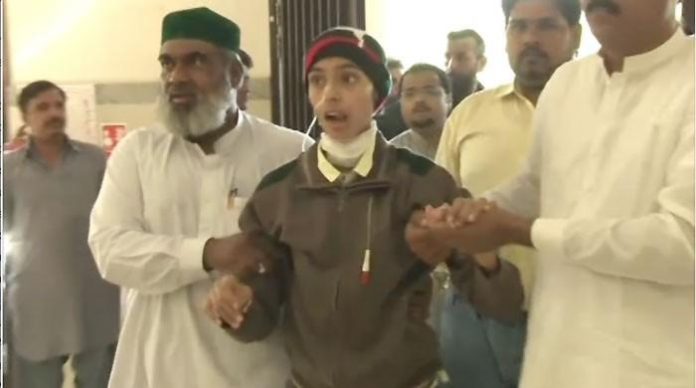 KARACHI: Sindh Chief Minister Syed Murad Ali Shah on Tuesday gave approval to treatment of Cadet College Larkana’s student, who was paralyzed due to severe torture by the college staff, in US on government expenses.
The chief minister directed Sindh Health Department to get passport of the paralyzed student Muhammad Ahmed Hussain and his father issued.
He further directed Finance Department to release the required amount for the treatment of the student.
Secretary Health Sindh Dr Usman Chacher said that the student along with his father would be sent to US for treatment. He said that both would be sent to US in a regular flight instead of air ambulance.
It is to be mentioned here Muhammad Ahmed Hussain was paralyzed after being subjected to sever torture by his teacher.
Earlier, a 10-member medical board constituted by the Provincial Health Department on the directives of Sindh Chief Minister Murad Ali Shah had recommended to the government to send the student abroad as his treatment was not possible in the country.